A diaphragm valve is a linear motion valve that controls fluid by starting, regulating, and stopping its flow. Diaphragm valves are named after a flexible disc that forms a seal when it comes into contact or is pressed against the edge of the seat at the top of the valve body. A diaphragm is a flexible, pressure-sensitive element used to open, close, or operate a valve. Diaphragm valves are similar to pinch valves, but instead of an elastic liner in the valve body, they employ an elastomeric diaphragm to isolate the flow stream from the closing element.

REQUEST A QUOTE FOR MORE DETAILS

What is Diaphragm Valve?

Unlike other valves, a diaphragm valve does not contain a valve disc. The opening and shutting of this valve are controlled by a diaphragm. Diaphragm valves are one of the type of throttle valves that operate in both directions. They are used to regulate the flow path via which media can enter and exit the valve, thereby modifying its speed and velocity.

Because a thin, flexible membrane is utilized to control the valve’s opening and shutting, they’re known as “diaphragm” valves. Metal, such as stainless steel, plastic, and even single-use materials can be used to create them. Diaphragm valves function similarly to pinch valves, except they employ a linear compressor to force the thin diaphragm into contact with the valve body. The diaphragm is attached to the compressor by a stud that is formed into the diaphragm. The compressor is pushed up and down by the valve stem, therefore if the compressor is elevated, the diaphragm will also be raised. They may be operated manually or mechanically and allow discrete and variable pressure control. 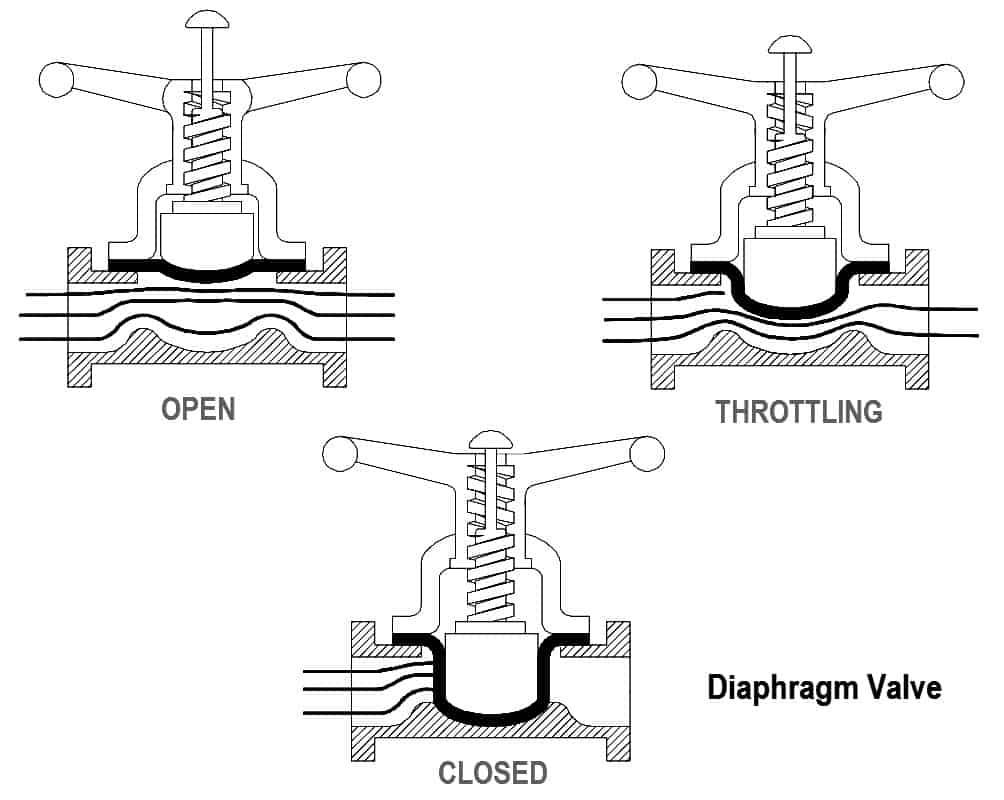 Diaphragm valves are ideal for moderate pressure and temperature applications that require stop/start fluid control because they are clean, leak-proof, easy to maintain, safe, and effective. 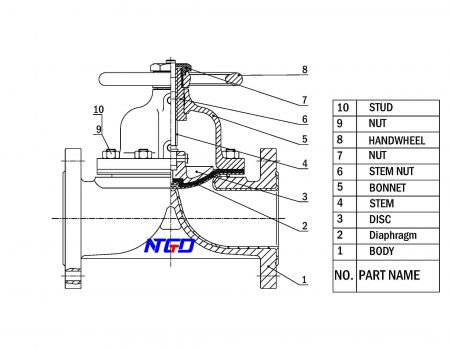 To accommodate the specific fluid, diaphragm valves are made from a range of materials. Diaphragm valves which are also known as membrane valves, are made up of a valve body with two or more ports, a diaphragm, and a “weir or saddle” or seat where the diaphragm seals the valve.

The valve body is built to satisfy the needs of the application. The valve bodies are mostly made of corrosion-resistant materials. A diaphragm valve’s membrane is constructed of an elastomeric, or elastic rubber-like, material, whereas most bonnets are constructed from cast iron and epoxy coated on the inside. Natural rubber, silicone rubber, and nitrile are some of the most frequent materials employed. At high temperatures, the elastomeric mechanical characteristics will deteriorate.

According to the Diaphragm Valve Manufacturers, there are two basic types, both the valves are similar in function but have a distinct body shape, diaphragm, and are used in different applications. 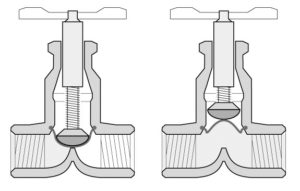 The weir-type diaphragm valve is the most common, and it’s suitable for general-purpose applications or harsh corrosive and abrasive services. They’re ideal for controlling moderate flows. The body of the weir-type features a raised lip seal with which the diaphragm comes in contact while it is closing. Weir-type valves feature a smaller diaphragm since the material does not tend to extend as far. The valve can be made of a heavier material so that it can be utilized for high-pressure and vacuum applications.

The structure of a straight-through diaphragm valve is similar to that of a weir-type valve, except it lacks the saddle and instead has a totally straight passage. Because they must contact the very bottom of the valve, their membranes are often more flexible and allow for a greater travel distance. Because of their more flexible membranes, these valves need to be maintained or changed more frequently than weir-type devices. Slurries, viscous fluids, and other applications where the blockage is a concern require straight-through diaphragm valves. They’re also great for bi-directional flow because there’s no saddle to slow the process down while switching from inlet to outlet.

These valves can be utilized with corrosive liquids at low temperatures and pressures.  Diaphragm valves are ideal for potable water, air, sludge, chemicals, low-velocity slurries, and effluent, and could be installed near pumps and bends, as well as in vertical pipes.

There are no packing glands to maintain, and there is no risk of valve stem leaking.

Here in this article, we have provided a basic understanding of a diaphragm valve. We are a leading Diaphragm Valve manufacturer and supplier. Please contact us for more information on the Diaphragm valve and other valves, our experts will guide you to select the best valve for your requirement.

Thanks for reading this article, hope you find the content informative. You may also leave a comment and tell us what you think about our products.